One pleasurable challenge of my job is getting to teach interdisciplinary courses. To expedite students through their general education requirements in History, English, and Philosophy, our college offers hybrid courses combining two or three disciplines. But, lacking hybrid professors to go with them, these courses are taught by folks like me —  stretching, consulting, and stealing to teach in a different arena.

Philosophy is the bigger stretch for me (even if my nineteenth century boyfriend is John Stuart Mill); I’ve just read less of it. But cultural history forms the backbone of most of my own scholarly work, so I’m pretty comfortable playing in the sandbox of History. I approach literature by locating it within a place and time, attempting to sketch in all the social norms, received ideas, and mental furniture that came with being a writer or reader in that historical moment.

Teaching a hybrid history/literature course opens up really fun possibilities. One way you could do it would be to dive deeply into a particular period. In our classes, though, we need to cover 200+ years, which presents its own positives and negatives. I love that we can trace the arc of change in some dynamic cultural topic (my previous course focused on disability; my current one, marriage). But how do you teach a relative sense of time?

I can’t pinpoint the day or year when I stopped thinking of the past as “back then” or “the old days.” I’m not sure when I started thinking of the 19th century, my own area of specialty, as as “not very long ago” — doubtless sometime in graduate school. I can’t tell you when I grasped, on an intuitive level, that Jane Austen is just as close to Friends as to Hamlet in terms of chronology.

I suspect it was just reading widely that gave me this sense of time. I’m still fuzzy on some things, of course; while I feel a jolt of confusion if someone talks about the 1890s and 1840s as if they are the same cultural moment (so different!!! I mean, not even close!), I have the tendency to lump together “the Middle Ages” or “Ancient Rome” — as if these terms don’t denominate many centuries during which, I am guessing, stuff probably changed a bit. 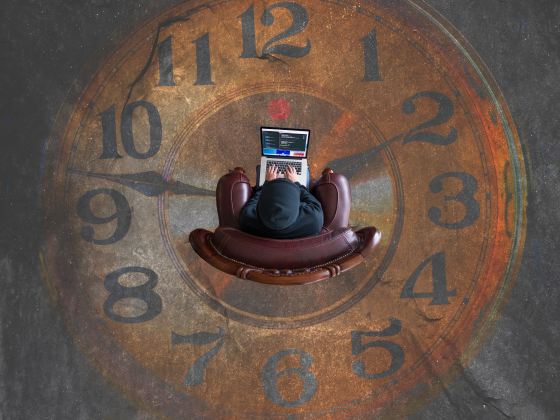 That doesn’t mean I feel comfortable letting myself off the hook, though. I still feel a responsibility to teach my students — the ones that think like I did at their age, about “back then” and “the old days” — to differentiate eras as unique and distinct, to give attention to decades and centuries. This seems particularly important in my current course, where we’re looking at marriage globally as well as across time.

Our history book, Stephanie Coontz’s fascinating and compulsively readable Marriage: A History (not to be confused with Hermione Granger’s favorite text), does a great job of showcasing the phenomenal diversity of the institution of marriage across recorded human existence. She focuses, though, on a significant change which she argues happened in the Western world in the late 18th century: when love went from being a reason people might marry (secondary to other concerns, if considered) to the reason — the first and eventually only acceptable reason to marry.

Coontz doesn’t claim this happened overnight, or that no one married for love before 1780, or that there hasn’t always been a ton of international variety. But because this radical switcheroo is her thesis, she hits the point hard. For students who haven’t pursued advanced studies in history, who maybe have learned a lot of historical names and events but not a lot about cultural mores and ideological shifts, it’s easy to read Coontz and take away the idea that “in the old days, marriage was X, and now it’s Y.”

Here’s what I know how to do, to start to counterbalance this: we’ll read stories and novels from the past 200ish years. We’ll talk about the web of reasons that go into the choice to marry — or not marry. We’ll look at archival material to see how people in a few specific places and times talked about those choices. So far, so good. But I’m a literature professor, not a trained historian.

Still, I’d love for the students who aren’t there already to walk away from my course with more of that intuitive time-sense I’m having trouble coming up with a good name for. It’s the understanding that Old English was old to Jane Austen, too. The realization that, just as we think of the 1970s, so people in the 1890s would have thought of the 1840s (complete with bell bottoms, albeit on gowns). The knowledge that people of every culture were ideologically divided, just as (though not always so viciously as) we are.  An awareness that “the past” isn’t ever one thing. A bone-deep distrust of generalizations.

These things, I am not really sure how to teach.

Does it matter? I think it does. Not because, if we can’t remember the past, we’re doomed to repeat it. Remembering isn’t exactly the issue here. Maybe because, if we flatten the past, we flatten our sense of what human beings are capable of. And be it better or worse, richer or poorer, in sickness or in health, the depth and diversity of human experience is ours to love and to cherish.

Me on Social Media